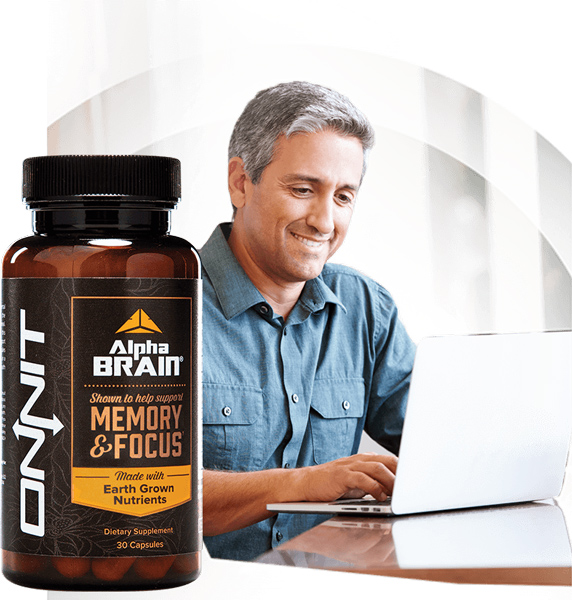 Alpha Brain is all the rage – people can’t seem to get enough of it. If you’re a fan of Joe Rogan (yes, the famous television personality), he’s one of the main reasons why Alpha Brain came to fruition.

The developers asked him what supplement he would like to see produced.

Joe wanted a neuro enhancer. If you watched him in his early years on the UFC and you look at him now, you’ll see just how more versed and fluid he is when he talks. The words seem to flow from his mouth now when he used to get tongue-tied.

Alpha Brain is the reason for Joe’s success. Don’t believe me?

Check out the video below for yourself.

What is Alpha Brain? 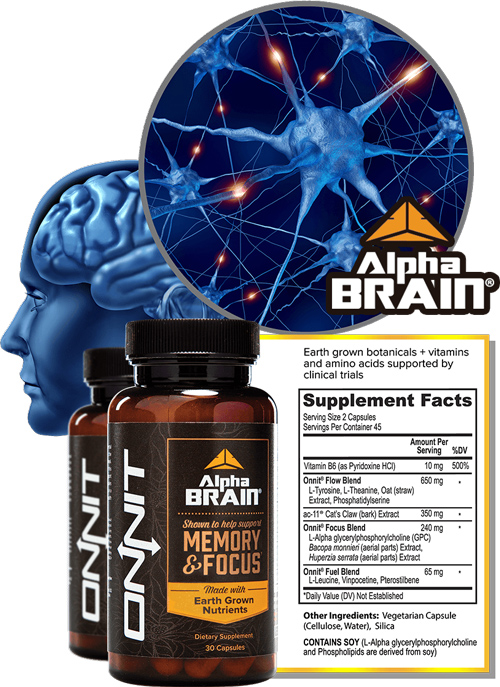 One of the best nootropics on the market today, Alpha Brain is one of the few neuro enhancers that really works, and the rave reviews back up these claims even further. Clinical studies have been done, with two randomized studies showing improvements in:

And let me tell you something no one else seems to be talking about – you’ll have some intense lucid dreams.

But there is now something new from the company: Alpha Brain Instant.

This brings the same great effects from the pill into drink form. This drink form allows the body to absorb all of the ingredients with a higher level of efficiency.

Fluids are also absorbed faster for an instant boost in your cognitive function. 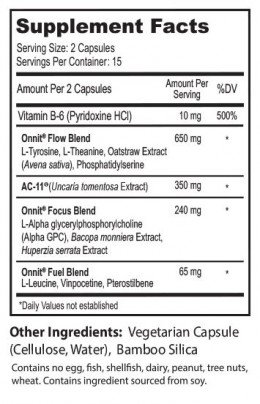 The Magic Behind the Pill & Drink

Nothing matters more – besides knowing how you can get stuff done fast – than knowing the ingredients behind a nootropic.

The manufacturer is transparent when it comes to their formula for both the pill and instant versions, so you always know what you’re putting in your body.

Earth-grown ingredients are used so that you can take this supplement every day without fear of harsh side effects.

The ingredients in Alpha Brain are: 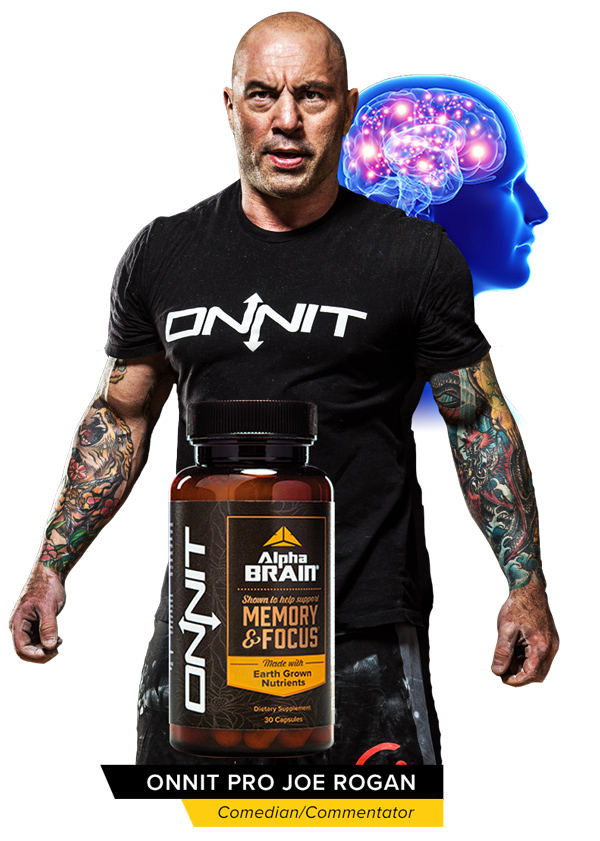 But these are just some of the ingredients. You’ll also find the following ingredients in this supplement:

If you have taken the pill form of Alpha Brain, keep in mind that the amount of almost all ingredients has been increased with Alpha Brain Instant.

When Should You Take Alpha Brain? 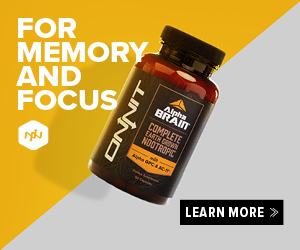 First thing in the morning works best for me. I need to be at my best from the moment I walk out of the door, so a morning dose works best for me. A good tip is to eat something with a little healthy fay in it prior to taking the supplement.

Many of the ingredients found in this supplement will have their absorption rate boosted if taken with a fat-containing meal. This is all science, and it works best for most people – including me.

I’ve been using the pills for quite some time, but when I saw the new instant option, I was intrigued.  I always want to try and up my performance, and it seemed natural to try a drink version rather than the pill form.

An immediate reaction wasn’t felt, but I did note that the ingredients were in higher dosages.

For me, it’s all about convenience with the instant version.

If you’re the type of person that wakes up in the morning and wants a drink of water because your throat is dry, the liquid version of Alpha Brain works well to quench your thirst.

Cold water mixed with the powder works best – trust me.

Initially, you won’t feel a burst of enhanced cognition- almost like your concentration ability is increased.

It takes some time for the body to start absorbing all of the natural ingredients. But you’ll notice an enhanced focus and processing speed first.

Then when you go to explain a difficult subject, you’ll be like “wow, I remember all of the technical terms.”

It’s kind of like the words flow right out of your mouth, and this can be attributed to the:

And then you’ll be left thinking if it was the supplement, or if all of the material just suddenly clicked.

It’s really a feeling that you need to experience to understand.

I felt a difference after the first time taking Alpha Brain Instant, and then I started to see what others were saying (in all honesty, I took advantage of the free trial and didn’t dig into it much).

Being a big Joe Rogan and MMA fan, I was also happy to see so many people in the MMA community raving about this product. It’s all-natural (perfect for me), and all of the ingredients have been thoroughly tested and studied, which is something all of those chemical-riddled products can’t say.

It’s all about rebooting your brain and being as mentally strong as you can be.

If there is one nootropic that has been thrust in the spotlight, this is it. Over time, you’ll find that the results seem to build on themselves, where you’ll notice better cognition and mental performance that lasts the entire day. The cumulative effect is simply out of this world.

And if you’re sold on the idea, the next question is: where do you buy Alpha Brain?

You’re special. You don’t need to spend a dime on your first try of this product. You can request a free trial today.

Click here to request your bottle of Alpha Brain. 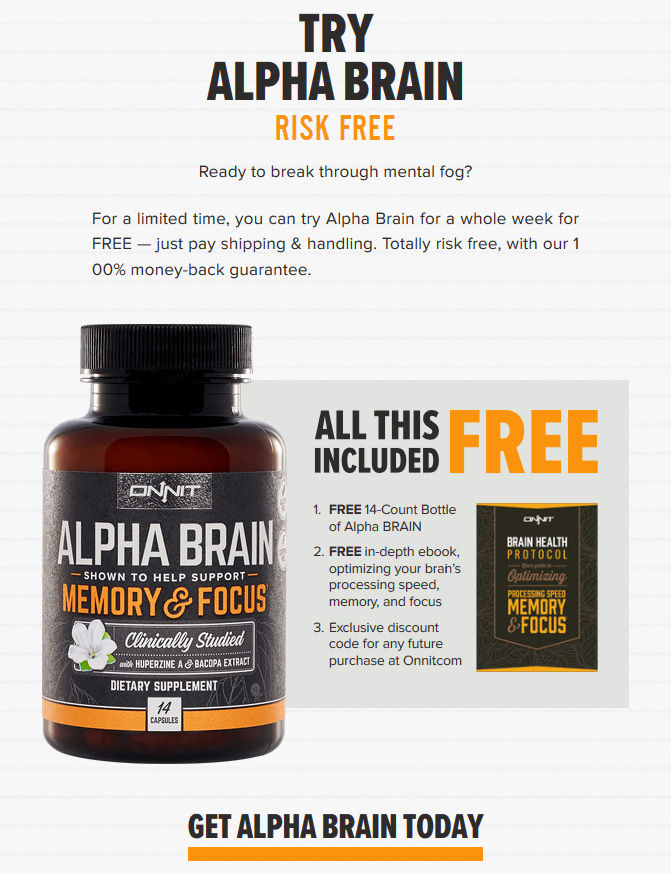