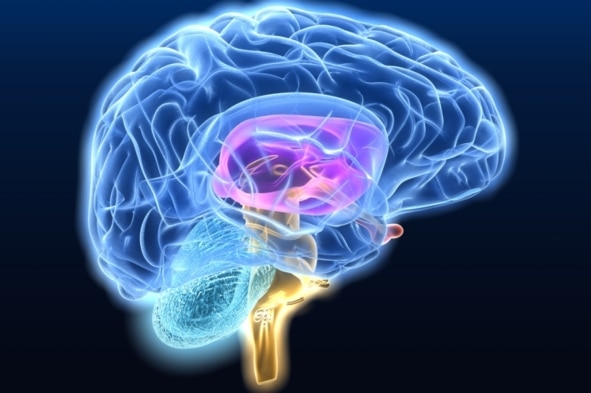 Which Racetam is Best?

Racetams are cognitive enhancing supplements that are known to greatly improve memory, learning, mood, focus and energy levels. Most work by stimulating acetylcholine receptors, some work to improve glutamate uptake.

Whether you plan to stack racetams or take them individually, it’s important to understand how each one works, their benefits and potential side effects.

Aniracetam is praised for its ability to not only enhance cognitive ability but also reduce anxiety and improve mood.

Aniracetam is known to be significantly more potent than piracetam, and its anti-anxiety and mood-boosting effects are well-documented.

This nootropic is fat-soluble and metabolized by the liver. It can cross the blood-brain barrier in 30 minutes or less, but it has a brief half-life. Its effects dissipate in as little as three hours, so most people have to take multiple doses over several hours.

What Does Aniracetam Do?

Aniracetam is well-studied, and has been shown to have an effect on several key neurotransmitters.

To enhance mood, boost energy and reduce anxiety, aniracetam increases serotonin and dopamine levels. It binds to these receptors, restoring them both to optimal levels.

Aniracetam also improves information and memory storage because it boosts the transmission of glutamate.

Side Effects of Aniracetam

There are few documented side effects of aniracetam when taken at recommended dosages. Those that are reported are typically mild and temporary.

The most common side effects of this nootropic include:

When taken at high doses, some people experience:

Dosages will vary from person to person, but a dosage of 750-1500 mg is generally accepted as safe and effective. Some people have successfully taken higher doses with few side effects, but it’s best to start with a lower dose and work your way up as necessary.

Aniracetam can be taken on its own or stacked with other nootropics.

It pairs well with:

As a single hydroxyl group, oxiracetam is structurally different from piracetam. It’s often included in nootropic supplements because it has the ability to enhance learning capabilities while preventing cognitive decline.

As one of the most popular nootropics, oxiracetam is highly praised for its ability to improve cognitive function and provide a mild energy jolt. Unlike other racetams, oxiracetam is well-tolerated even at higher dosages.

Oxiracetam is a favorite nootropic for writers, researchers, students and anyone else who needs to maintain a high level of mental energy for long periods of time. And that mild energy boost is welcomed, particularly for those who love their coffee and don’t want to overdo it when taking a nootropic.

What Does Oxiracetam Do?

Oxiracetam can provide the following benefits:

Oxiracetam affects both the glutamatergic and cholinergic systems to promote the release of glutamate and acetylcholine. Both of these chemicals are crucial to cognitive function, memory and learning.

Oxiracetam is also known to be a mild central nervous system stimulant.

Side Effects of Oxiracetam

Oxiracetam is well-tolerated, and no serious side effects have been reported even when taken at a higher dosage. With that said, this is still a potent substance and should be taken cautiously.

Reported side effects of oxiracetam are similar to what other people report after taking racetams:

Dosage recommendations vary greatly from 800 mg to as high as 2400 mg per day, and is typically taken at intervals in a few doses.

This racetam can be taken in capsule form, as a powder, or mixed into a drink.

Oxiracetam can be taken on its own as a mild stimulant and cognitive enhancer, but it can also be combined with other supplements.

But just like with other racetams, the effects of oxiracetam may be multiplied when combined with other nootropics.

Pramiracetam was originally synthesized from piracetam because of its anti-amnesiac potential in rats.

In healthy rats, both young and old, this racetam provides benefits to long-term memory formation. And it appears to be most successful when taken about an hour before cognitive testing.

Pramiracetam is often regarded as one of the greatest in the racetam family, but its unpleasant taste has put a lot of people off.  With that said, this racetam is still potent and effective.

What Does Pramiracetam Do?

Pramiracetam is new to the racetam family and was developed in 1984. It works on the brain in several different ways.

One way it affects the brain is by altering brain wave function to improve cognitive abilities. It can also improve learning and memory formation through HACU (high-affinity choline uptake). In other words, pramiracetam helps the body produce more brain chemicals that help with memory function.

This racetam can help prevent memory loss and cognitive decline.

Side Effects of Pramiracetam

Just like any other racetam, pramiracetam does have some side effects that should be noted.

The biggest side effect that most people complain about is the taste – it’s very unpleasant. Some people may also experience irritation and burning in their throat.

Because this racetam is stimulating, you may have trouble going to sleep at night.

The right dosage of pramiracetam for you may be very different from what’s right for another person. With that said, it is recommended to take 300 mg twice per day, or 600 mg in total.

Pramiracetam is an excellent cognitive enhancer, and it pairs well with other nootropics. But it’s important to remember that the effects of the supplements you take may be multiplied, so plan your dosages carefully before pairing and make sure that you have a good understanding of each nootropic you add.

So Which Racetam is Best…

The right racetam for you will depend on your needs and goals. Weigh the pros, cons and effects of each one to pick one that will suit your needs without causing unwanted side effects.