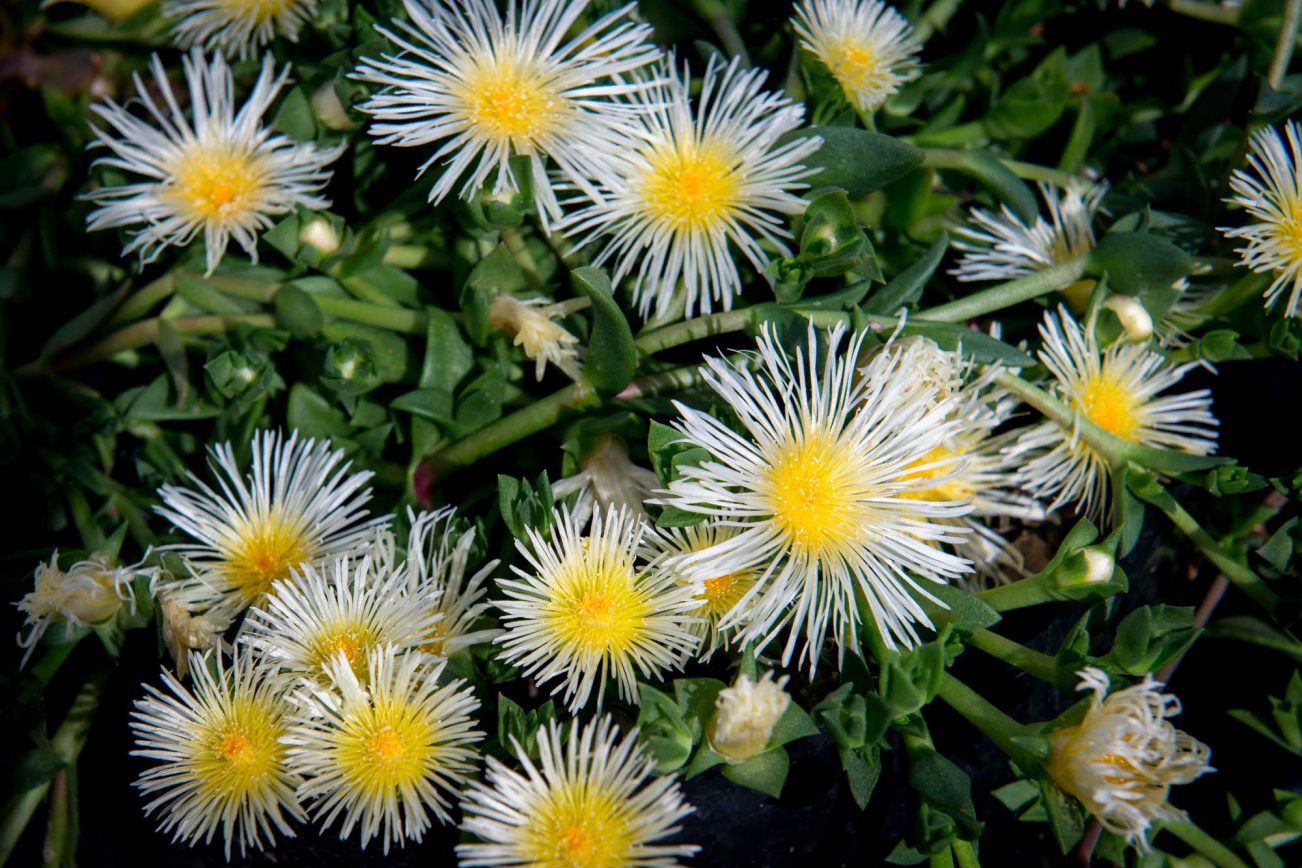 Surprising Results From Our 2-month Trial Of Procera Mood

Zembrin is a natural supplement that offers a boost to your everyday living, including bolstering your cognitive performance and mood.

A lot of hype has been centered on Zembrin, but what is it, and what does it do?

Zembrin is a one-of-a-kind supplement and is an extract from kanna, also called Sceletium Tortuosum.

People have been using Sceletium for centuries, but Zembrin takes it a step further with:

Zembrin is the first patented version of Sceletium Tortuosum. The patented version builds off of the knowledge of others that have been using this supplement in one way or another for centuries. When you take Zembrin, you’re taking a supplement that has:

Purity is what makes one supplement better than another. When you have close control over the purity of a product, it’s possible to ensure that it’s fast-acting, doesn’t contain harmful substances and passes extensive safety testing.

The South African government, which is known for its strict control over exports, granted the first Export and Bioprospecting permit to Zembrin. The permit took two years of negotiations and ensures that consumers are able to receive the best extract possible.

The company uses cutting edge technology to make sure that this product is safe, effective and fast-acting.

What is Sceletium Tortuosum Used For?

You don’t want to add just another supplement to your routine – you want something that actually works. Based on studies and first-hand results from consumers, it’s easy to add Zembrin to your list of nootropics or supplements.

South Africa’s San and Khoikhoi people have spent thousands of years using this herb for its impact on a person’s mind and body.

If you go to a doctor, you’ll find that even doctors use this herb for:

Safe and effective, the potential benefits that you’ll experience are:

Clinical studies have shown that when taking this supplement, you’re able to:

If you’re on antidepressants, you’ll know that tricyclic drugs are very effective, but come with many side effects. When Zembrin is taken, it has been shown to be half as effective as leading antidepressants.

You receive a lot of the benefits without any of the side effects.

Mood goes up and down, but we’re seeing that the extract is actually better at treating some cases of mild depression than others – even better than citalopram.

On the cellular level, testing has shown that Sceletium Tortuosum works in a similar way to leading drugs like Zoloft and Prozac.

When used properly, the extract was able to decrease cortisol in the body.

Inflammation and depression are linked closely, and there is some evidence that inflammation causes cytokines. Depression may be caused by high levels of cytokines. But there was one study that found an increase of IL-10, which is a very unique cytokine.

IL-10 is unique because it helps combat inflammation and reduces the inflammation-increasing cytokines.

When Zembrin is taken, it’s possible to protect the body’s immune cells and help slow the body’s inflammatory response. Inflammation often causes a variety of other health issues.

Cognition benefits are often one of the key reasons that people take Zembrin. When taken, this product is shown to help a person’s cognition, which means the part of the brain that helps with:

We’ve seen a lot of clinical research in its early stages that shows Zembrin may be able to improve cognitive flexibility and executive function. There was one study over a period of nine weeks where people took kanna in 25mg dosages. The study included participants who were:

And while the test showed that cognitive benefits definitely exist, the test only included 35 healthy adults.

Alzheimer’s disease is the one brain-related disease that causes cognition levels to fall. The disease is devastating, and there is currently no cure available. Nootropics are often used to help with cognition and brain power, so they’re often used in an attempt to fight against the disease.

Kanna is a lot different because it may be able to block PDE4.

Scientists are researching this blockage because a lot of innovative medications to fight against Alzheimer’s are targeting PDE4 blocking.

Since Kanna may be blocking PDE4 already, it may be a viable option to protect against Alzheimer’s disease. Whether the supplement can help restore the brain’s function is still widely unknown.

But these are just the clinical studies on new uses of Zembrin. There are a lot of traditional uses of this herb that the people of South Africa has been using for hundreds of years. The traditional usages have not been greatly studied, or there is a lack of evidence about the efficacy of these benefits.

Zembrin does have anxiety reduction properties, and a lot of this goes back to the serotonin enhancing properties of kanna. GABA receptors are also activated to help:

Kanna can also activate the body’s melatonin, opioid and other receptors helping a person remain calm. Studies have been conducted on the ability to reduce anxiety, but a large amount of Sceletium Tortuosum was taken to achieve all of these benefits.

The key traditional benefits are:

Kanna has long been used as a topical pain reliever. A person would apply kanna to their legs or arms, and it would be able to reduce pain. Pregnant women are also known for chewing on the leaves of the plant to help combat pain.

What people suggest is that kanna is slightly less effective than morphine for helping combat pain.

Kanna has not been shown to be addictive, unlike typical pain relievers you find at a pharmacy.

Hunger is a big issue, and suppressing hunger can be difficult for people of all ages. Kanna can help suppress your hunger and has been historically used for this purpose. The active compound in kanna binds to the cholecystokinin-1 receptor, which is responsible for reducing hunger sensations.

Older studies have been done on hunger suppression and kanna, but there have been no modern studies done on the herb.

Serotonin is known for being responsible for a person’s mood and sleep. If serotonin levels are able to fall, a person will go through severe mood swings and depression. Kanna can activate the reuptake inhibitor of serotonin.

Kanna prevents serotonin from being absorbed in neurons and even hidden away.

Doctors believe this prevention is able to keep serotonin in the body for longer and have a much greater impact on the brain. Some users have been able to experience mild-expanding effects from taking kanna.

These effects are impressive, according to accounts, but scientists have yet to confirm these reports.

What Does Science Say About Sceletium Tortuosum?

Zembrin’s biggest selling point is that this product has been highly tested. Consumers want to be sure that the products they purchase are high quality, and one of the best ways to do this is through rigorous testing.

Clinical studies are being performed using MRIs to determine how Zembrin impacts the brain.

What the study found was that within a two-hour period, the ingredient, when given in 25mg doses, was able to reduce anxiety-related circuitry in the brain. 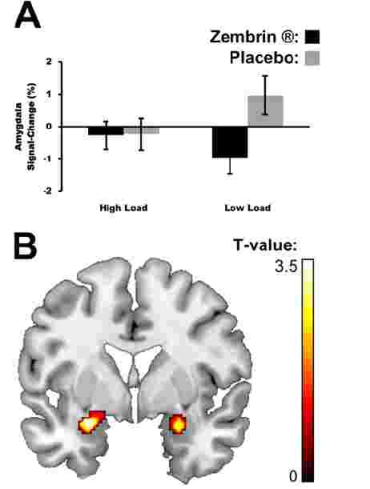 An additional study was conducted in 2014 that determined Zembrin helps with:

These benefits were experienced in a short amount of time. Healthy individuals were the ones that were able to achieve great enhancement in cognition, but there was not enough time to determine if the supplement could impact anyone with dementia, Alzheimer’s disease or other cognitive-related diseases.

We do know that Zembrin can help with:

Over the long-term, you’ll be able to experience exponential health benefits. The health benefits start to ramp up slowly, but most people will notice a major impact in just two hours. Prolonged, long-term usage allows the initial effects to amplify, making all of the benefits even more prominent.

What are the Side Effects of Zembrin?

Zembrin is not without its side effects, and the average adult will not want to take in excess of 400mg a day of this ingredient. In fact, you should follow the 25mg per day recommendation. Side effects seem to enhance when taken in larger quantities.

Common side effects include:

There is too little information available on the safety of kanna when used by pregnant women. The effects of alcohol and cannabis may also be increased, so you’ll want to be careful when taking any of these substances and using kanna.

Since kanna causes the reuptake of serotonin, it will not work well with some common products and supplements, including: antipsychotics, tramadol and St. John’s Wort.

If you’re taking any medications, you’ll want to talk to you doctor about any potential side effects.

Our first introduction to Zembrin was with a supplement called Procera Mood.

Procera Mood contains 25mg of Zembrin and provides one of the best doses for anyone seeking the benefits of Zembrin.  After using it for 2 months, I like to think of this product as a tiny microdose version natural MDMA .  Don’t ask how I can draw that comparison but rest assured you can trust me.   At this does, this type of supplement helps you balance your mood and stabilizes the mind.  It is quite impressive.  In the current world, who couldn’t use a little mood boost?

Alternatively, there are many other quality brands like Source Naturals, Now Foods and Jarrow Labs that have their own Sceletium Tortuosum extract supplements.